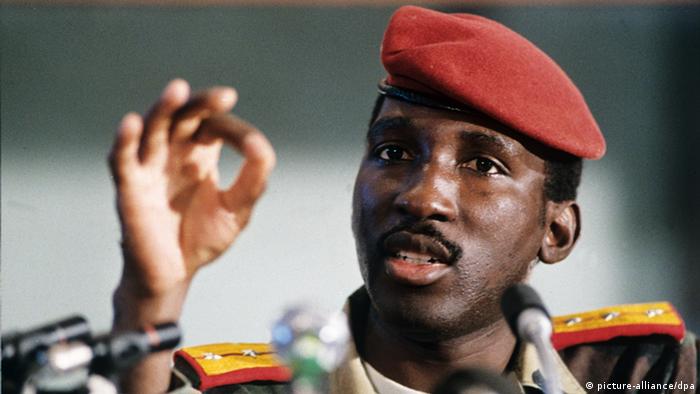 According to Stanislas Benewendé Sankara (no family link with Thomas Sankara, editor's note), lawyer for the family of the `` revolutionary '' leader since 1997, `` the absence of Compaoré is a contempt for the justice of his country of origin '' and '' denotes somewhere also his possible guilt ''.

If he is delighted with the holding of the trial, the international network `` Justice for Thomas Sankara, justice for Africa '' notes the risk that he will be `` cut off from the international aspect of the case '' which can shed light on the role of France, the United States and West African countries like the Ivory Coast of Félix Houphouët Boigny and Togo of Gnassingbé Eyadema, then ulcerated by the anti-imperialist positions of this young revolutionary adored by the African youth.

According to Halouna Traoré, former companion of Sankara and the only survivor of the 1987 coup, the `` trial leads us (us, Burkinabè, editor's note) to look at ourselves in the mirror, to see the harm we have done ourselves with the complicity of the outside, because the material side of the coup d'état happened in Burkina, but the sponsors are from the outside.

'' Main defendant, Blaise Compaoré, 70, has been living since he was overthrown by a popular uprising in 2014 in Côte d'Ivoire, a country of which he obtained nationality, and will not appear in court: his lawyers denounced "a political trial" before "an exceptional jurisdiction".

- '' Sponsors from the outside '' - The death of Thomas Sankara, who wanted to '' decolonize mentalities '' and disrupt the world order by defending the poor and the oppressed, was a taboo subject during the 27 years of power of Mr.