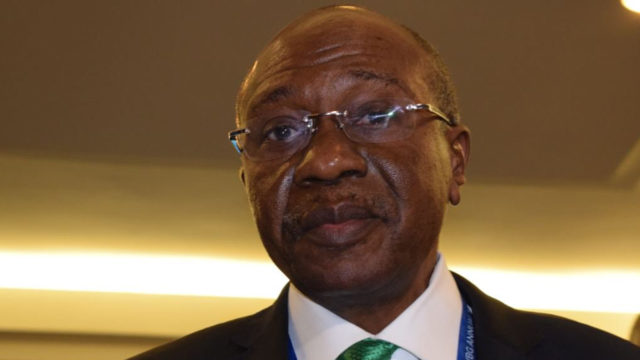 Addressing a press conference in Abuja, PDP’s National Publicity Secretary, Kola Ologbondiyan, said: “Our party calls on the Economic and Financial Crimes Commission (EFCC) to immediately invite Emefiele for questioning over allegations by the National Secretary of the illegal APC National Caretaker Committee that the CBN Governor supervised the pillaging of the nation’s vaults under his watch.” He added: “Nigerians were shocked when Senator Akpan Udoedehe, on Channels TV’s ‘Politics Today’ of Wednesday, September 15, 2021, said the CBN Governor supervised the stealing of money in the apex bank, a development for which he must be investigated by the EFCC, and if found wanting, prosecuted.” Ologbondiyan said the opposition had waited for a week for Udoedehe to retract his statement or for Emefiele to repudiate him.

He insisted that beyond Udoedehe’s allegation, “the tenure of Emefiele, as CBN Governor, under the APC administration has witnessed colossal failure of monetary and fiscal policies, which requires him to vacate the office and hand himself over for investigation.” According to the PDP spokesman, “it is instructive to note that when Emefiele took over office as CBN Governor in 2014, the naira exchanged for N164 to a dollar.

Today, in the hands of Emefiele and the APC, the naira has tumbled to near N600 to a dollar, bringing the nation’s economy to its knees.” IN the interim, Director General of the Progressive Governors’ Forum (PGF), Dr.

Salihu Lukman, has decried the free fall of the naira against other currencies at the parallel market.

WHILE arguing in defence of Emefiele yesterday, the North-South Economists’ Forum (NSEF), a group of development economists, exonerated the apex bank chief from the continued depreciation of the naira.

The CNPP noted that what should worry the PDP “is resignation of its leading members.” Ezeugwu, in a statement, stated that the Nigerian opposition parties were supposed to be undergoing internal healing and rebuilding for better standing in 2023..