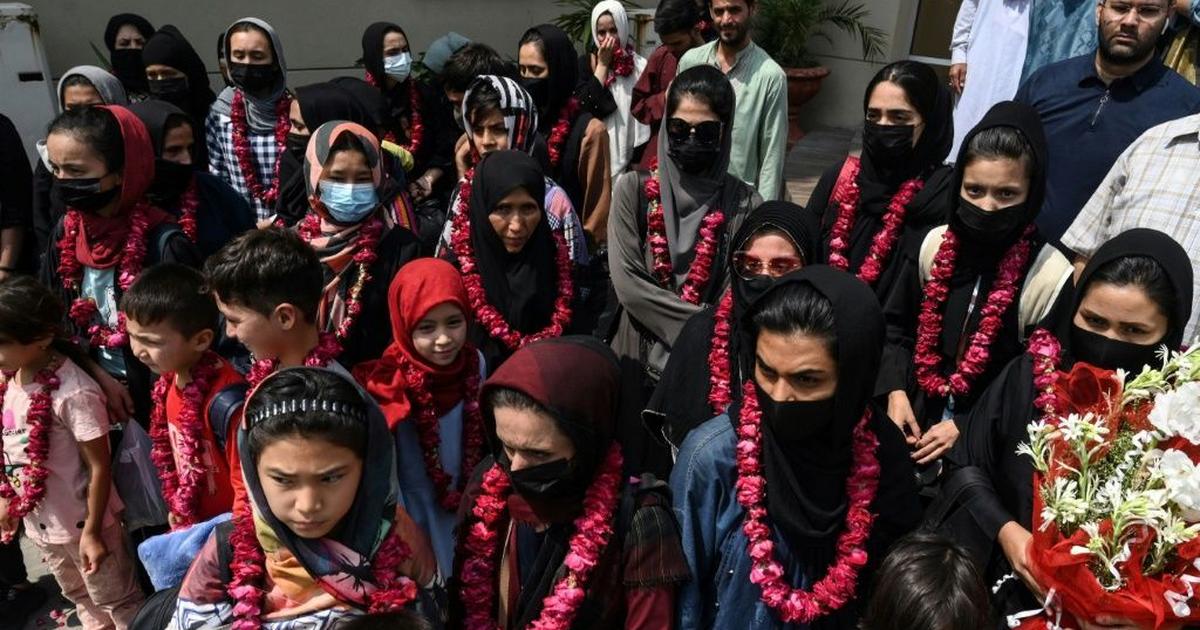 The Taliban banned women from playing all sport during their first rule in the 1990s and have indicated women and girls will face restrictions in playing sport this time around.

The group of junior players and their coaches and families had tried to escape the country last month but a devastating bomb attack at Kabul airport left them stranded, someone close to the team told AFP.

"I received a request for their rescue from another England-based NGO, so I wrote to Prime Minister Imran Khan who issued clearance for them to land in Pakistan," said Sardar Naveed Haider, an ambassador for global development NGO Football for Peace, based in London.

At least 75 members of the Afghan women's national football team and their family members were evacuated to Australia last month, with more expected to follow.