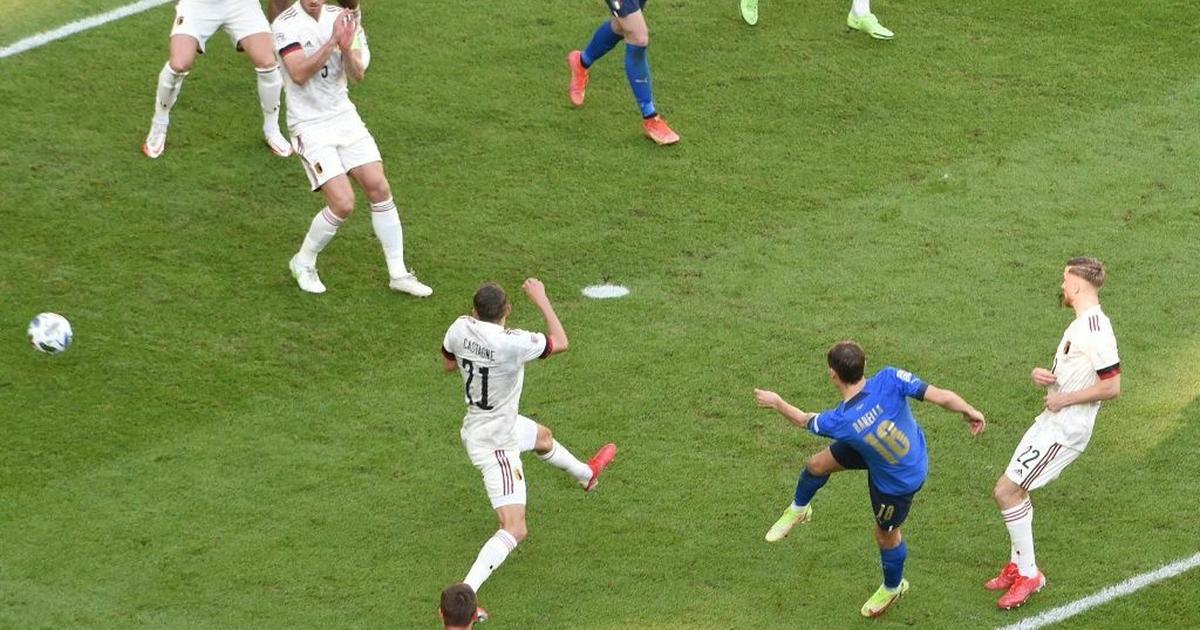 Five minutes later AC Milan midfielder Saelemaekers struck the bar with a first-time curling shot which left Gianluigi Donnarumma, captain for the day and cheered heartily by the Turin crowd after being barracked by angry AC Milan fans on Wednesday, rooted to the spot.

The European champions, beaten by Spain in their semi-final on Wednesday to lose after going 37 matches without a defeat, played with verve on a gorgeous sunny day at Turin's Allianz Stadium but Belgium's poor luck continued following their last-gasp semi-final loss to France on Thursday.

"We hit the crossbar, once the post and with all due respects the penalty for me is a decision that's not deserved...

but we cannot concede five goals in two games and we can't concede two penalties, even if the decisions were not correct." However it was Chiesa who was at the centre of Italy's attacks and the in-form Juventus forward wasted the best chance of the match just before the break when after collecting Berardi's pin-point long pass he took too long to shoot and allowed Courtois to charge out and make a superb save.

Belgium goalkeeper Thibaut Courtois may have called Sunday's match "pointless" but the two teams put plenty of commitment into their displays, with some players looking to carve out a place in their national teams..