Retired Soldier Arrested With Hard Drugs Worth About ₦7.5m (Photos) 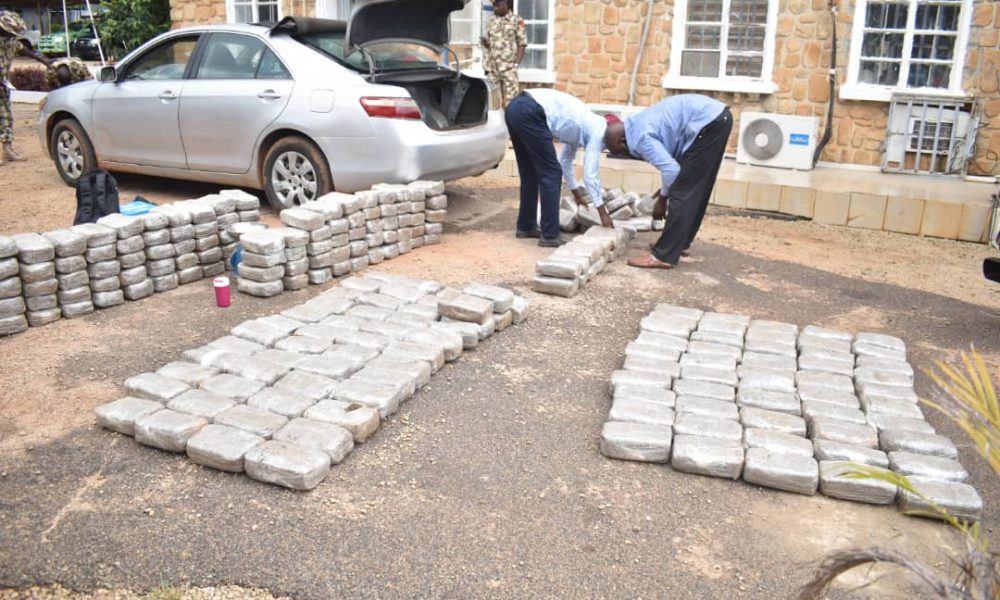 Other items recovered from the suspects include 18 wraps of Indian hemp ready for smoking, 2 smartphones, 3 travelling bags, one lighter, and 2 wallets containing Five Hundred and Seventy Naira (N570) only.

Meanwhile, an ex-Boko Haram commander who has ‘repented’ and submitted to troops of the Nigerian Army has disclosed thatthe true leaders of the terrorist groupdon’t go to the battlefields.

Arrested suspects Upon questioning, the suspects said they were contracted to convey the illicit substance to Yola, Adamawa State from Ondo State..