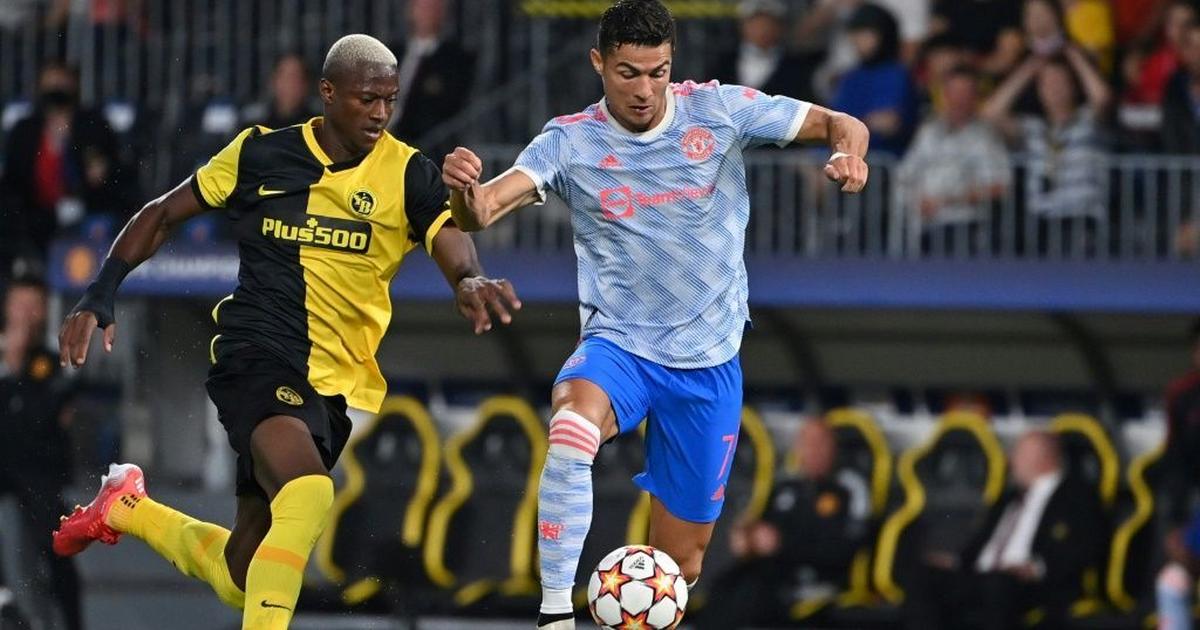 Ronaldo got his third goal in two matches since returning to United as the visitors took an early lead at the Wankdorf Stadium, but Aaron Wan-Bissaka's sending-off shortly before the interval was what swung the Group F opener.

There were fans dotted all around the ground in Bern -- where West Germany beat Ferenc Puskas's Hungary in the 1954 World Cup final -- in red United shirts with Ronaldo's name and number seven on the back.

Solskjaer must hope this defeat turns out to be a mere blip but his record is not encouraging -- United have now lost seven of their 11 Champions League matches under the Norwegian His goal that put the visitors in front in the 13th minute was his 135th in the Champions League, edging him 15 ahead of old rival Lionel Messi at the top of the all-time scorers' charts.

Since losing to Barcelona in the 2011 final, United have won two knockout ties in the competition, one against Olympiakos and an infamous victory against PSG in the early days of Solskjaer's reign.

There has been no Premier League title since 2013 but signing Ronaldo is supposed to get them back to the top and the Portuguese veteran returned to Old Trafford in the belief that United are a better bet than Juventus if he is to win a sixth Champions League medal.

The astroturf takes its toll as well, and we wanted Nemanja's experience on the ball, and Jesse's legs," said Solskjaer, who offered a glowing appraisal of his striker..