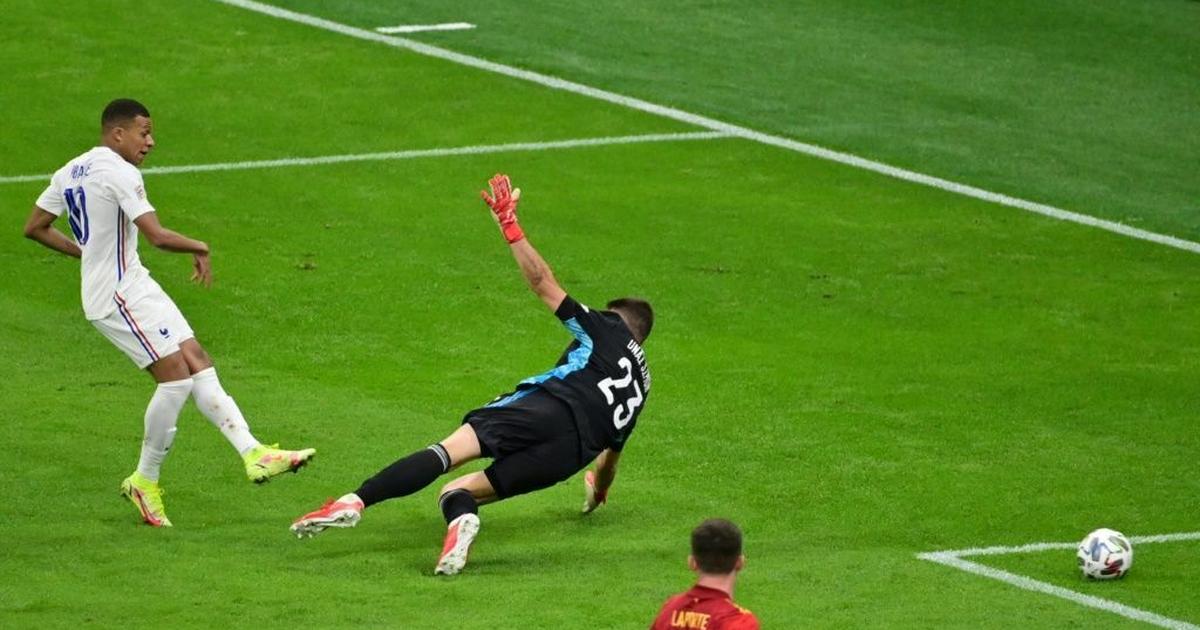 A previously niggly contest suddenly got going in the 63rd minute when a sweeping French passing move started by Benjamin Pavard ended with Theo Hernandez smashing a first-time finish against the crossbar.

Mbappe struck with 10 minutes remaining to win the title for world champions France after Karim Benzema had levelled just two minutes after Mikel Oyarzabal put Spain into a 64th-minute lead.

The Paris Saint-Germain forward had his goal with 10 minutes remaining though, outfoxing Simon with some deft footwork before slotting home after being set free by Theo Hernandez.

Spain responded by going all out for the equaliser, but Lloris first palmed away a Oyarzabal volley in the 90th minute and then got his hand to Pino's strike to ensure the trophy went to Paris Two minutes later a lightning passing move led to Aymeric Laporte, playing against the country of his birth for the first time since obtaining Spanish nationality, cutting out a low cross..